'Unwatchable' launched last week - a short film I directed exposing the connection between people in the UK and rape in the Congo. We expected it to be provocative, and from the visceral reaction, it seems to be doing its job.

But it's more than being provocative for the sake of being provocative. To shock is easy, yet how do you create a film that is based on the real life story of Masika that gives justice to the horror she went through? We were given a transcript of an interview where she described what happened to her. I felt sick when I read it. It lodged images in my head that will never go away. Her daughters were raped by armed militia, who then slowly killed her husband with knives, feeding his flesh, including his penis to her before raping her over his dismembered body parts...

There are a lot of comments flying around about how shocking Unwatchable is, and I would say to these people - just read her testimony. - it isn't as shocking as the truth Then imagine that this is not an isolated case of some out of control soldiers drugged out of their minds. This is part of systematic raping of hundreds of thousands of men, women and children. It is estimated that 500,000 were raped last year alone. This is driven by the trade in 'blood' minerals that end up in our mobile phones.

So how do you make a film that can touch on something that is so horrific? The position we came to was to transpose the true story and recreate it, not in the Congo, but in the idyllic English countryside. This itself has become controversial. I realise completely the arguments against this position. Why do we have to show a white middle class family being destroyed? Why can't we show an African family? There are two reasons. The first is simple. We are Africa'd out. We are swamped by images of Africa. Do they affect us any more? It's a sad indictment of us, I realise, but I think it is true. So to locate the film in England begged the question - if we find this so unacceptable that this would happen here, we should also find it unacceptable it being perpetrated "over there". It is simple. Maybe too simple for some. But it has definitely provoked a reaction.

Filming was really hard. We cast Thea Wellband as the teenage girl who was raped. She had very little acting experience. We had to shoot the rape scene in one take. Neither the actors paying the soldiers nor Thea could take any more. The set had a real sombre air to it when we filmed that scene, which was improvised. The soldiers and Thea were kept separate before it, so they never saw her until we started filming. When I shouted cut, we were all shocked. Thea was crying. We had a support team set up to look after her, but the soldiers were shocked, too - they were disturbed that they could act out such aggression. They sat around, not sure what to do or say. We never thought that we should have had a support team for them. Editing the film was hard also. We edited in Los Angeles with Nick Lofting, who is a brilliant and poetic editor. We spent 10 days with the material, listening to the cries and screams and seeing the images we created over and over again really got to us. It made us outraged. Angry.

So what did we want to achieve with this? We wanted to create an exocet missile that would break through all of the noise that surrounds our daily lives and explode in your face. To be a razor sharp sword that cuts through all the noise and stays there. To put the Congo back into our collective radar again. Shocking? It damn well is. But why? We are saturated with shocking images. Are the scenes in Unwatchable harder than Saw 3D? Or Hostel? Or Antichrist? Hardly. This is a taboo area. A place people dare not touch on. Nick edited the film so that we always remained at the edge of what we could stand. We shot it beautifully, and David Arnold wrote a powerful score. All of this was to keep the viewer there. Keep the viewer with the family as it was destroyed, and not to shirk away from it. The issue is so monstrous that we could not back down and sanitise it.

Should we be angry and offended when we watch it? Yes of course. We should all be angry. Channel that anger and sign the petition and ask your mobile phone company for their policy on blood minearals. The mobile phone manufacturers know very well what is in their mobile phones and they need to act now.

You can watch Unwatchable and take action at http://www.unwatchable.cc/thefilm/ 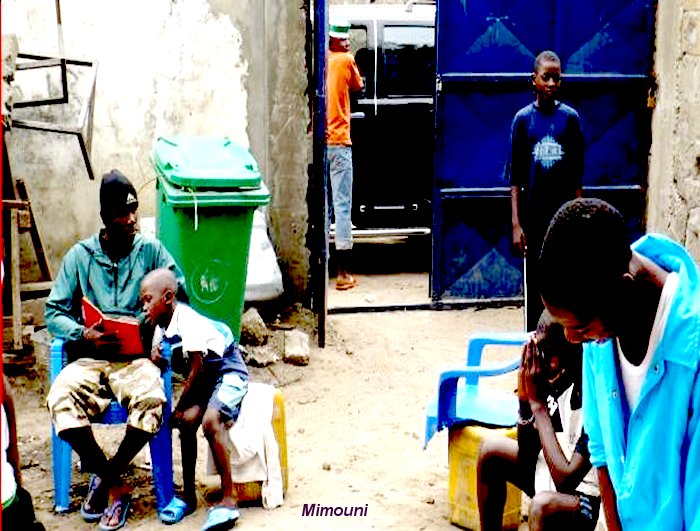